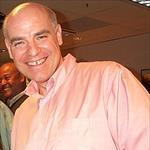 I am a Professor at the UCSF Center for AIDS Prevention Studies (CAPS) in the Department of Medicine at UCSF and direct the Center’s Methods Core. Originally trained as a social psychologist, I spent eight years as a statistical consultant at the University of Texas academic computing center before coming to CAPS in 2001. Since arriving at CAPS, I have participated as statistical co-investigator or consultant on over 60 NIH, CDC, and state projects in the areas of HIV prevention, reproductive health, and tobacco prevention. My methodological areas of interest are multivariate statistical models with a special interest in latent variable models for survey scale development and validation, and mixed effects (i.e., multilevel; HLM) models for clustered and longitudinal data, including dyadic data. My substantive interests include training the next generation of HIV-prevention prevention researchers working in U.S. minority communities. I am currently PI of two NIH-sponsored R25 research education grants to foster grant-writing and related research capacity-building for early-career faculty working in U.S. minority communities to prevent the spread of HIV/AIDS and STIs and to improve the lives of those living with HIV/AIDS. I also actively collaborate as a senior statistician and quantitative methods co-investigator on multiple HIV prevention and tobacco prevention research projects. I am also a co-author of Primer of Applied Regression & Analysis of Variance with Drs. Stanton Glantz and Bryan Slinker (McGraw-Hill, 2016).