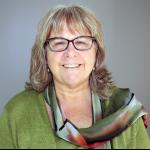 Susan M. Kegeles, PhD is Professor of Medicine at the UCSF School of Medicine, in the Division of Prevention Science, and former Co-Director of the Center for Prevention Studies (CAPS). She has an established research career conducting community-based research and has considerable experience designing and implementing HIV prevention interventions for diverse groups, including young and all-aged MSM, transgender women, and injection drug users. The majority of her research focuses on MSM, particularly young MSM, and young Black and Latino MSM. In particular, she developed an efficacious multi-level HIV prevention intervention that works at the level of the community and addresses individual, interpersonal, social, and structural issues related to HIV prevention. The intervention is called the Mpowerment Project (MP). The intervention’s efficacy was established through two randomized, controlled trials. The MP has been disseminated and implemented by over 175 community-based organizations in the US, as well as internationally in South Africa, Peru, Mexico, Guatemala, Canada, the Netherlands, and Hong Kong. She is now conducting research on mobilizing young MSM communities to influence MSM’s engagement in the HIV continuum of care and prevention in the U.S. South, South Africa and Peru. She has also been conducting implementation research on the MP and she and her team developed and are testing the efficacy of an intervention for community-based organizations to use in implementing the MP. Her focus on implementation science is also manifest through her work in capacity-building for organizations around the US. She is focused on disparities reduction through her work with young black MSM concerning adapting the MP so that it is culturally sensitive and with her focus on working with Black churches. Finally, she is the Director of CAPS’ postdoctoral training program (TAPS, Traineeship in AIDS Prevention Studies), and does considerable mentoring with TAPS fellows and with early career scientists. She has been directing TAPS and co-directing CAPS since 2000, and working on HIV prevention since 1984.