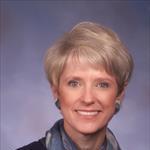 Margaret A. Chesney is a Professor of Medicine at the UCSF Osher Center for Integrative Health, and in the Division of Prevention Science at UCSF. From 2010 to 2015, she served as the director of the UCSF Osher Center, with its three core programs in integrative medicine research, education and patient care. These programs emphasize the integration of modern medicine with lifestyle and complementary approaches to promote health, wellness and healing. In addition, she develops partnerships within UCSF, and with the local and national community to advance the field of whole person health.

Dr. Chesney has conducted research on the relationship between behavior and chronic disease, and identifying the behavioral factors, such as stress, that are associated with increased risk of cardiovascular disease. She then applies this research to the development of intervention programs to address those factors. A focus throughout her work has been on the role the individual can play in the promotion of personal health, prevention of disease, and the maintenance of optimal well-being across the lifespan, even in the face of serious health challenges, such as cardiovascular disease, HIV/AIDS, and most recently, cognitive decline with aging. In her research and as an NIH advisor, she has often emphasized the health challenges faced by women, seniors, and the underserved, and advocated for and developed interventions to address reduce disparities.

In 2007, she was named one of the outstanding women leaders by the American Psychological Association (APA) and in 2008 was included on the list of Women in Science at the National Institutes of Health. Dr. Chesney has held national leadership positions including president of the Society for Health Psychology, the Academy of Behavioral Medicine Research and the American Psychosomatic Society. From 2014 to 2016, she was Chair of the Academic Consortium for Integrative Medicine and Health. She is now an advisor to the board of the Integrative Health Policy Consortium, and advises other non-profit foundations focused on expanding health and wellness to all. She is a member of the National Academy of Medicine, and has served on a number of its boards, and committees, including the Committee on Transforming Health Care to Create Whole Health.

Dr. Chesney received the Annual Award for Outstanding Contributions to the APA Division of Health Psychology in 1982 and 1986, the President’s Award from the Academy of Behavioral Medicine Research in 1987, the Charles C. Shepard Science Award from the Centers for Disease Control and Prevention in 1999, the Director’s Award for work in Mind-Body Medicine from the NCCIH in 2005, and the Distinguished Scientist Award from the Society of Behavioral Medicine in 2011. In 2000, Dr. Chesney served as a senior fellow at the Center for the Advancement of Health in Washington DC, supported by the Robert Wood Johnson and John D. and Catherine T. MacArthur Foundations. She has over 350 scientific publications and received an honorary doctorate from her Alma mater, Whitman College, in 2008.