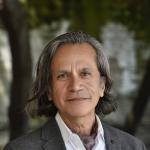 Jesus’s work is deeply rooted in the social and behavioral sciences and strongly focused on health equity and community engagement. His research and advocacy have centered on the challenges of health and health care for excluded communities, including LGBTQI populations, people of color, and women. He has published two books: Compañeros: Latino Activists in the Face of AIDS (University of Illinois Press, 2011), and Queer Aging: The Gayby Boomers and a New Frontier for Gerontology (Oxford University Press, 2018). His work has been funded by both the National Institutes of Health and several foundations. He is currently editor-in-chief of Health Education and Behavior. His 2007 documentary, Tal Como Somos/Just As We Are, chronicles the lives of Latino gay men, transgender persons and people living with HIV/AIDS. It has been featured on PBS and as part of several international film festivals.

Before this role, Jesus served as director of the Health Equity Institute at San Francisco State University. Prior to that, he chaired the department of Community Health Sciences at the University of Illinois-Chicago School of Public Health. His connection to UCSF dates to 1998-2001, when he was a visiting professor at UCSF's Center for AIDS Prevention Studies (CAPS), a major center in the division he will now be leading.