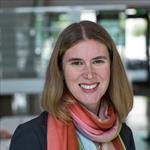 My research interests lie at the intersections of culture and health behavior, particularly as this relates to gender, sexuality, and HIV-related risk behavior. Much of my work has been concerned with sexual culture among gay and bisexual men, and its influence on sexual identity, sexual behavior, and HIV-related risk practices. I am also interested in identifying culturally appropriate HIV prevention intervention mechanisms to reach young gay and bisexual men. Over the past several years, I have also become committed to using community collaborative research approaches to alleviate health disparities, particularly those impacting ethnic and sexual minority communities. Building on my interest in teaching and mentoring, I have also become formally involved in the Visiting Professors program at CAPS, which is supported through several R25 training mechanisms, and is devoted to alleviating health disparities by broadening the pipeline of scholars from marginalized communities who are able to conduct rigorous research.

One of my primary research agendas has been related to examining social networks and social support in the ballroom community, which consists of family-like houses, in the Bay Area. With additional quantitative training I obtained through my K award, I have explored the implications that houses and gay families, operationalized as social networks, may have on the provision of social support for young African American gay and bisexual men and its association with HIV-related risk behavior. This innovative project consisted of a two year ethnographic study to provide the foundation for the development of population-specific measures of social networks and social support, which were then fielded in a cross sectional quantitative survey in the final phase of the study. The ballroom community offers HIV prevention researchers and interventionists a unique and culturally appropriate avenue for reaching young African American gay and bisexual men, building on indigenous forms of social support already circulating through social networks in the community.


Another area of research involves the development and testing of HIV prevention interventions for African American men who have sex with men (MSM), including those who do not necessarily identify as gay. I am currently the Principal Investigator on a NIMH R01 to rigorously test such an intervention using a randomized controlled trial. Together with CAL-PEP, a community-based organization in Oakland, we have developed the Bruthas Project, a four session counseling intervention for African American men who have sex with men and women (MSM/W). As part of the randomized controlled trial, we have recruited 400 African American MSM/W across the Bay Area, 200 of whom receive the Bruthas Project intervention, 200 of whom receive standard HIV testing and counseling. The men are followed over 9 months, with assessments at baseline, 3 months and 6 months follow-up. We hope to demonstrate that men enrolled in the Bruthas Project have less HIV-related sexual risk behavior and more regular HIV testing than men enrolled in the control group. We have also recently been funded to explore the unique issues facing HIV positive men in our cohort, to learn about their experiences with accessing and remaining engaged in care, so that we may be able to develop additional sessions to support healthy practices for those men who are already diagnosed with HIV.

In recent years, I have become interested in issues pertaining to health care systems through my work with the AIDS Policy Research Center at CAPS, particularly focusing on publicly-funded sources of healthcare insurance for the poor and chronically underserved. As part of examining the impact of the Affordable Care Act on the accessibility of HIV-specialty care and treatment for low income individuals living with HIV in the State of California, we conducted a qualitative study of healthcare providers, county-level adminstrators, case workers, and people living with HIV to ascertain facilitators and barriers to remaining in care. This work was recently published in PLoS One. We are currently engaged in a follow up study examining a health insurance premium payment program for low income people with HIV which is administered by the State Office of AIDS. This is also a qualitative study and we will be broadly disseminating findings from this evaluation to policy makers, advocates, as well as other policy researchers throughout the State of California.