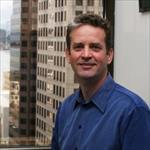 As a senior scientist at the UCSF Center for AIDS Prevention Studies (CAPS) my research program focuses on the epidemiology and prevention of HIV infection and its consequences. Overarching this focus are translational science efforts to improve the methodology and evaluation of research and interventions aimed at controlling and eventually eliminating the domestic and international spread of HIV.

Domestic HIV Research: My most recent domestic HIV prevention research is an evaluation of the potential effect of expanded ART and HIV testing strategies on reducing the number of new HIV infections in San Francisco. In this computational biology modeling paper published in CID in 2011 (with an accompanying editorial) we estimated significant reductions in new HIV infections are likely with expanded HIV treatment of those already in care and even greater gains with more frequent at-risk community HIV testing. This research along with the results of recent clinical trials were cited as evidence for a change in treatment policy in San Francisco to offer ART to all HIV infected persons. Our studies relate well with a recent editorial we published in 2010 in Archives of Internal Medicine wherein we highlight the importance of linking HIV infected persons into care and the associated potential HIV prevention benefits.

International HIV Research: Internationally, my research focus is on HIV and co-infections/interaction with Tuberculosis and Malaria. Primarily working in East Africa, I am Principal Investigator of three NIH sponsored grants and co-investigator on several more. I am currently studying effective strategies for diagnosing HIV among outpatient TB evaluation patients and their family and household members in a 2,000 person randomized trial of home-based versus TB clinic based HIV testing and utilization of same-day rapid HIV tests. I am also involved in studying interactions between HIV protease inhibitor treatment and malaria incidence in two additional randomized HIV treatment trials among HIV infected children and HIV infected pregnant women. On a broader scale I am co-leading the development of a three country research collaboration, SEARCH (Sustainable East Africa Research in Community Health) to study the community level effectiveness of a program of community-wide HIV testing and universal HIV treatment to all HIV infected persons and its effect on HIV, TB, Malaria incidence and community economic and educational productivity. My area of research within the collaboration focuses on the 40 community-cluster randomized design, its HIV specific end-points of HIV incidence and community HIV viral load, and the development and evaluation of streamlined HIV care and evaluation.

Training the Next Generation of HIV Scientists: An important part of my research program is training and mentoring the next generation of HIV scientists. As the principal investigator of 2 large international data management and statistical support cores (one for a NICHD supported program project, and one for a NIAID funded International Center for Excellence in Malaria Research, ICEMR) – I am able to organize and support the cores as a resource for training and mentoring post-doctoral researchers and medical students in international HIV and clinical research. Through individual level research mentorship, a weekly international investigators seminar held in the US, the UCSF CAPS Traineeship in AIDS Prevention Studies (TAPS) program, and affiliated NIH K training grants, I supervise and assist between 3-5 trainees annually in the development of individual research projects, and epidemiologic and biostatistical training.